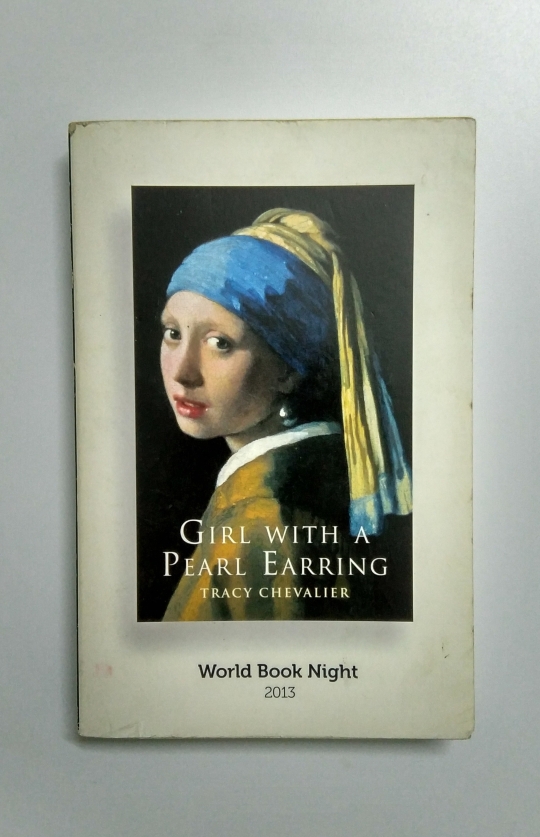 Girl with a Pearl Earring was an intereseting read considering the fact that I had seen the film years back and quite liked it. It was a pleasant suprise because I hadn’t quite warmed up to Tracy Chevalier’s The Lady and the Unicorn which was my introuction to the author.

It is 1665. The story is told by sixteen year old Griet who comes to work as a maid in the Vermeer household to support her family. Vermeer, the artist, takes a fancy to her because she understands art.

The house is run by the the matriarch, the wife’s mother who single-handedly managed the household. Although Vermeer was a good artist he was not the best man to provide for his family. Vermeer worked at his own pace. He was moody and temperamental even though the entire house was in debt and his paintings were the only source of income.

Life was tough in a way the population with access to modern healthcare wouldn’t understand. There was no method of contraception and it was one baby on the way after another whether you can afford it or want it.

Griet was a strong character for her the times she lived in. The name Grit would be apt for her because she is gutsy and resilient. She is sharp and observes things which would elude a casual onlooker.

I confess I had never heard the term camera obscura before. Shameful because I call myself an amateur photographer (the amateur bit does take the sting out of it). Of course my grandpa knew what camera obscura was. He was an engineer and a photographer, and unlike me a person who understands technicalities well.

A painting which isn’t a painting. The word photograph is yet to be invented because the camera hasn’t been invented yet. What a world it must have been. Since something cannot be captured there is no choice except to draw or paint what fascinated them.  A while ago I had read Julian Barnes’ Levels of Life where I got a peek into a world where photography was being invented.

It is not new wanting to save memories which have an impact on us. The word nostalgia means a great deal to us humans. Hence the need for keepsakes. When we write we do the same thing. Capturing a moment, a place, a situation, an experience, a time.