August is Baroness P.D. James’ birthday month, her 100th birthday no less, and I took it as a sign from the universe to start at the beginning. I read a delightful autobiographical short from her childhood published in honour of her birth centenary, and that is how I ended up reading Cover Her Face. Also, gloomy monsoons, the sound of rain thundering outside while we are at home (most of us are thanks to the pandemic, right?) and murder go quite well together, no?

The title (I wouldn’t be me if I didn’t point out the obvious) seems eerily apt for our times! I was plunged into a different world (the story did appear dated but it was true to its time) and a simple murder mystery by today’s standards but the people in it were far from simple. I really appreciated the psychological insight into well fleshed out characters, and of course, the leisurely pace. I was impressed by her sense of humour and her scathing social observation. She’s a Jane Austen fan, and I could see that in her writing.

I listened to her interviews where she spoke about writing Cover Her Face which was published in 1962. I am one of those people who are always interested in the artist behind the art, in the life of the author beyond the book. I don’t know if it’s good or bad, it’s just the way I am. And I can’t say it doesn’t colour my perception but I try to be impartial to the written word.

END_OF_DOCUMENT_TOKEN_TO_BE_REPLACED 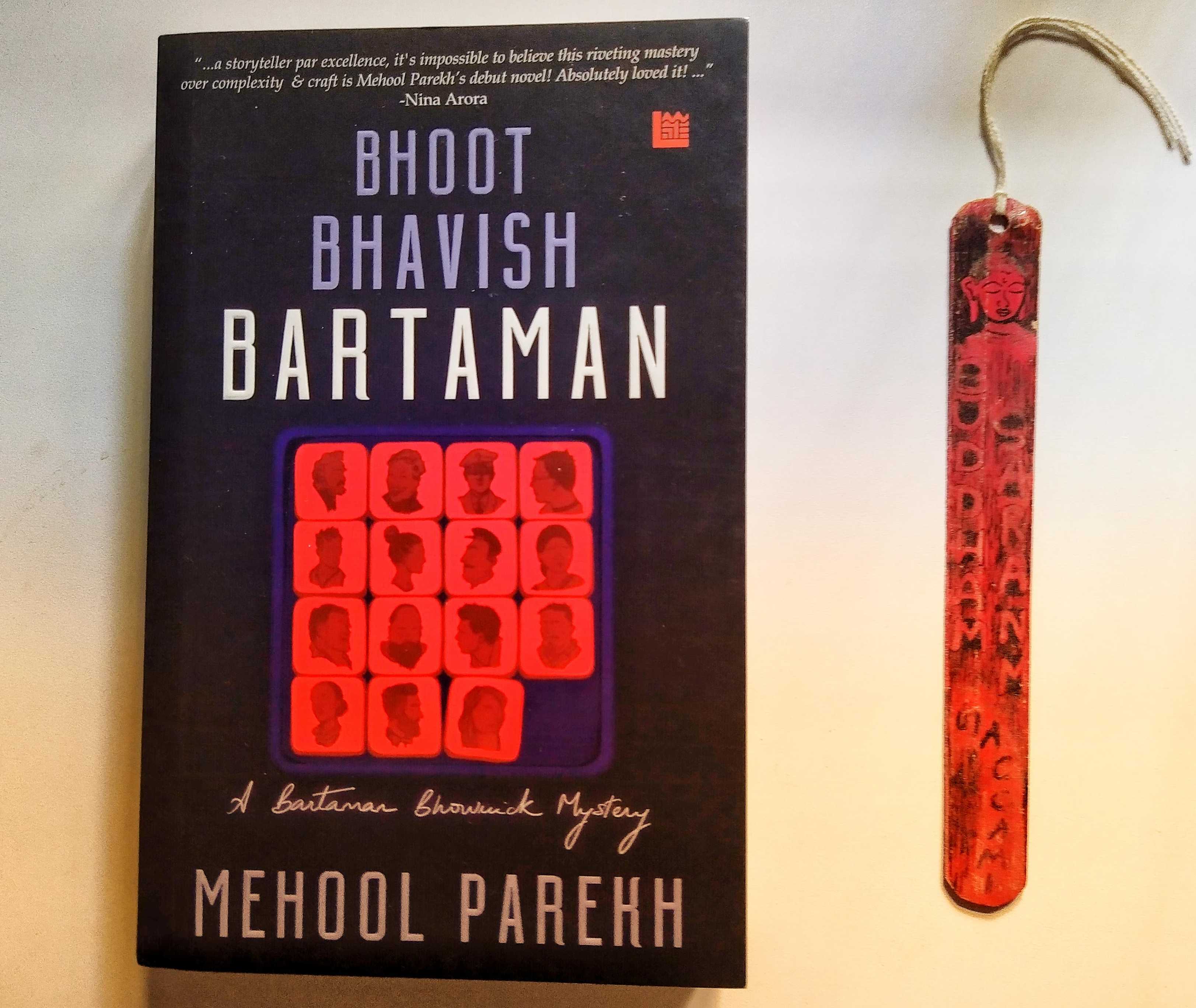 The first thing that I noticed about Mehool Parekh’s Bhoot Bhavish Bartaman is its arresting cover – black and red is a combination I have always loved so maybe I am a tad biased. Inserting the lead’s name into the title and yet referring to the past, the present and the future is clever. I was intrigued by the title and was looking forward to a murder investigation and some excellent sleuthing.

The book is centred around Rupali who is murdered. The Mumbai police term it an open and shut case suspecting the help of having done it because he ran away with the valuables, but as is always the case there’s more to it than what meets the eye.

It opens in the present era but soon we are plunged into the 90s when mobile phones were just entering the Indian market. The book takes us inside Bombay dance bars when Madhuri Dixit’s Choli Ke Peeche was all the rage. Bombay is known as the city of dreams but here we go behind the scenes where it is sordid, and a city which rewards those who seize opportunities that come their way.

Initially, Rupali wanted to be an actress, then worked in a bank.We see Rupali’s journey to earn her own money and be the master of her own fate. Rupali’s cold blooded ambition endears herself to no one but her goal is not just survival but being successful, and we know it comes at a price, especially if you want it badly and quickly. Every man who met her, was enamoured with her and that became boring fast. Rupali is one of those women for whom power is the ultimate aphrodisiac. She lusts after money not people. Women to make a mark have to use everything in their arsenal. Of course we are talking about Rupali here – an unscrupulous woman! I admire the author for making a basically unlikable character the protagonist but her treatment still rankled. Maybe it was the male gaze that I had a problem with.

Mehool Parekh has recreated Bollywood of the 90s. We are led to believe the casting couch is ubiquitous which is a scary thought. We are shown how difficult it is to break into the Hindi film industry without a godfather. The author’s thinly veiled references to people in Bollywood by slightly tweaking their names is hilarious. Akhil kapoor is Anil Kapoor and there’s a reference to Madhuri calling her Madhu.

Our lead is Major Bartaman Bhowmick, a gruff unmarried army guy, who is afraid of cats. (In case you are wondering it’s called ailurophobia!)  He is fondly called Batty by his partner, Robin Chowdhury. She is a reporter with a good nose for unusual stories, and she is the one who smells something fishy in this open and shut case, and enlists the help of Bartaman. END_OF_DOCUMENT_TOKEN_TO_BE_REPLACED