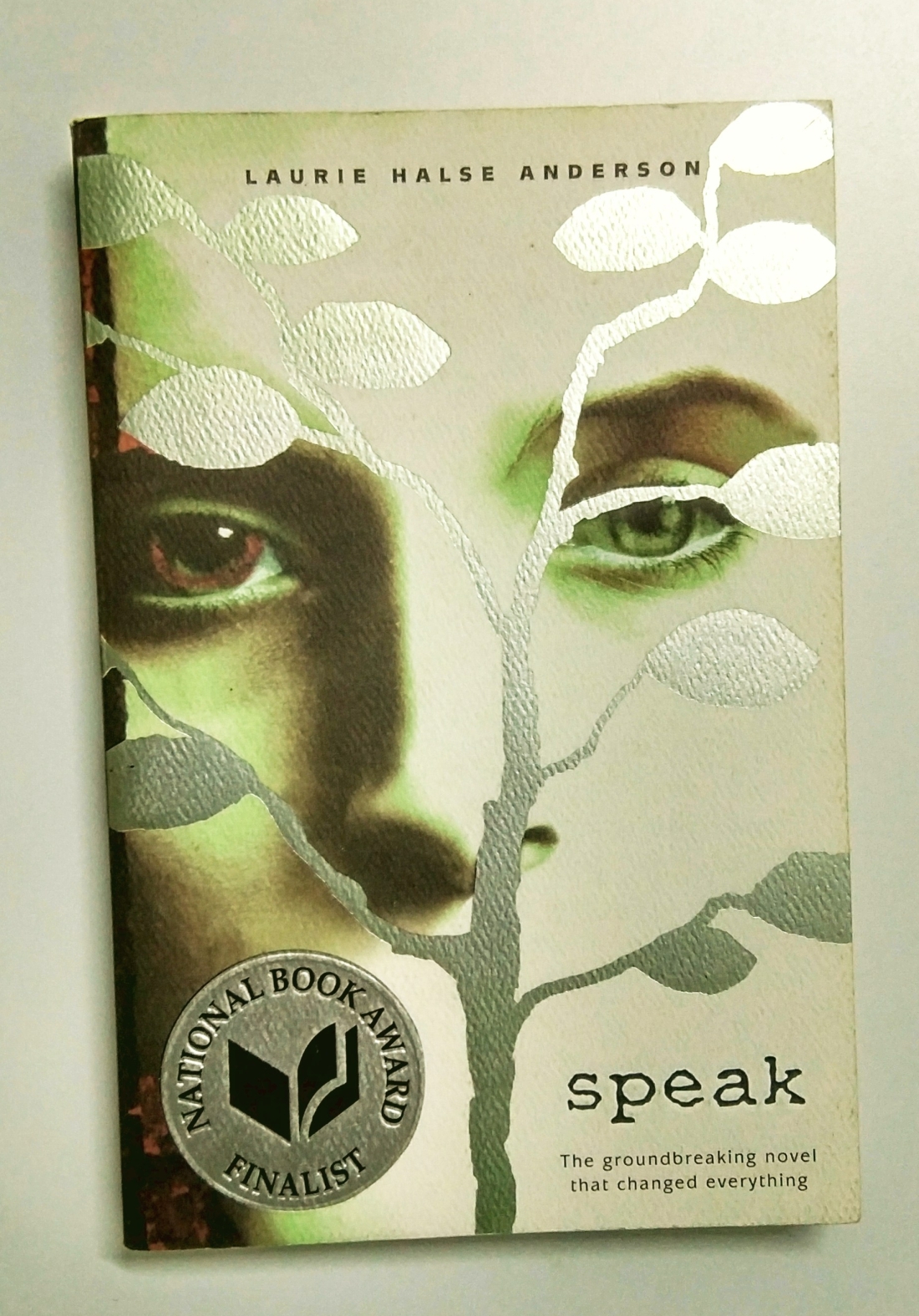 Like most book lovers or booknerds (I don’t mind what you call us, we are what we are) if I know the movie is adapted from a book I prefer to read the book first and I had to wait for a long time to read Speak. It has always been rewarding because I get to build the world created in the book, and that joy every book lover knows. Of course, on the minus side the movie usually (I thought of using the phrase ‘more often than not’ but now that I have read On Writing I feel King’s watching me) falls short of expectations, except the adaptation of To Kill a Mockingbird which was stellar.

I don’t know why so many people look down on YA books. Trust me there are many. What you read popular fiction?! The term pop fiction is even more hideous. What’s wrong with the term contemporary fiction? Other than classics and books written by dead writers everything else they look down upon. They deal with real things in a real and sometimes not so grim manner, and do not put people to sleep so that the target audience actually does read and understand it. I was absolutely bowled over by Speak.

Anderson is brilliant in the way she captures the voice of a teenager on the precipice of completely losing her sanity and spiralling into a quiet depression. She would have lost herself but for one person who gives her something to look forward to, hence something to live for and she stays in the land of living day after day.

I saw Speak a while ago, the movie adaptation of the very acclaimed book of the same name by Laurie Halse Anderson, starring Kristen Stewart in the lead role. Despair not, it’s nothing like Twilight (to be fair to her, Twilight fans say that’s how Bella is, in that case excellent acting ) where she has only two expressions (longing and longing) but it doesn’t translate into emotion. She is so much more than a pretty prop. Incidentally I knew that she can act having seen her in the bit role I had seen her in Into the Wild (one book I must get back to again). She emotes with her silence which speaks volumes. The movie does justice to the absolutely brilliant YA novel that deals with teenage rape and depression, alienation as a result of it, very serious issues which parents, teachers and the society at large will rather not admit exist, forget dealing with it. I kept remembering stuff from the book, the lines from the book in the screenplay and the things they missed.