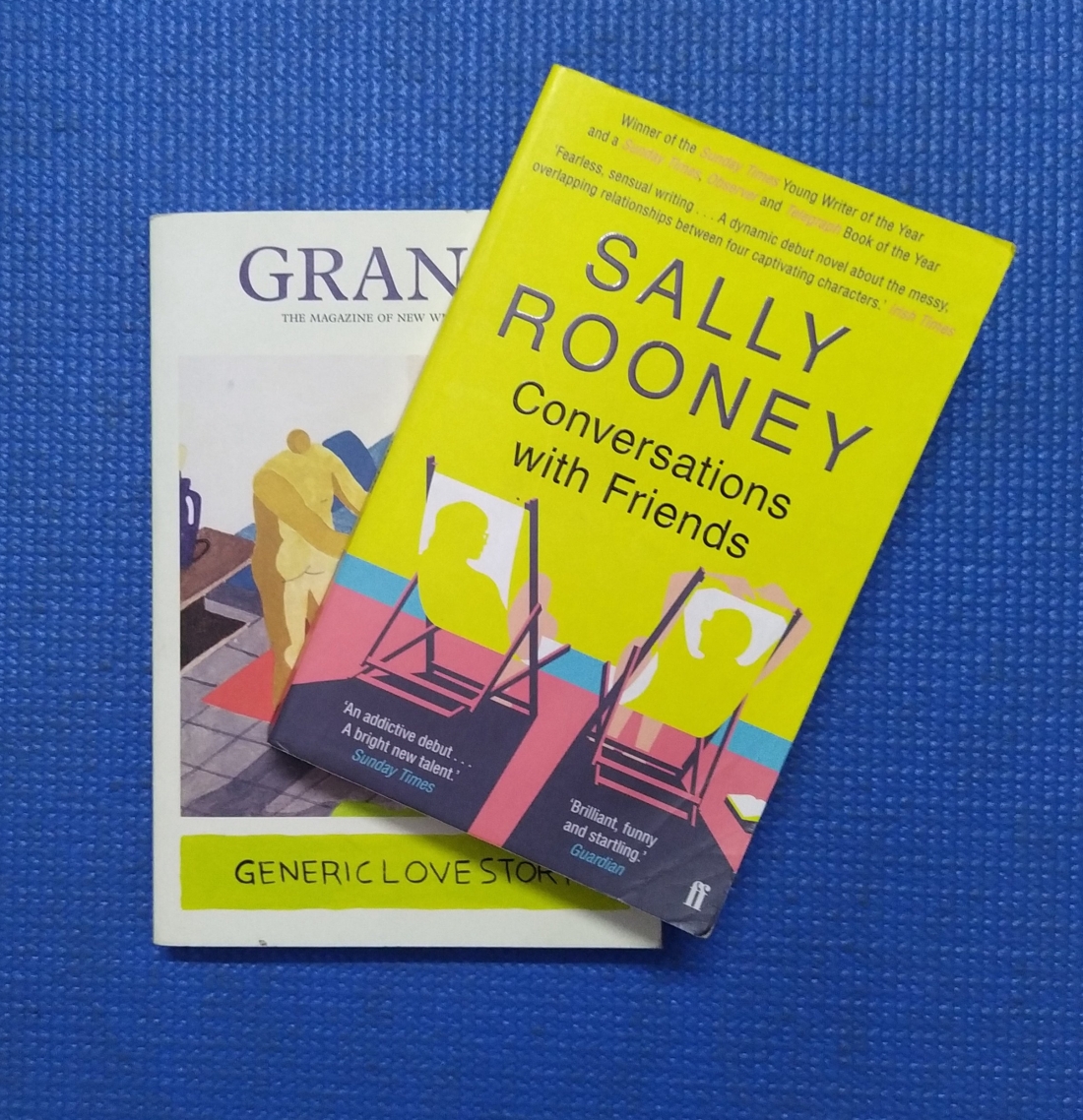 Normal People is one of the most uncomfortable books I have read in a while. I simultaneously wanted to stop reading yet wanted to know what would happen next. Sally Rooney’s book is an emotional roller coaster and anxiety inducing. Warning – this is not a romance romance. Trigger warning for abuse, anxiety and depression. Had I known what an intense and disquieting read it would be I wouldn’t have read it now. Who am I kidding! Once I read the excerpt after hearing about the BBC series there was no looking back. I read a few pages of Conversations with Friends (Rooney’s first book) and it’s no beach read either. The last book that caused me to squirm, curl up into a ball and cry was Atul Gawande’s Being Mortal. I didn’t cry while reading Normal People but the sense of unease was palpable.

The spotlight is on Connell and Marianne, and the people they are involved with during different times. You could say they are the leads and the rest are supporting characters which come, and go out of focus as per the requirement. We follow them from high school to four years of college but it seems much longer because of the minute way the book observes them.

They without knowing it save each other from their most destructive selves. A lot of tears (most of it hidden from each other), and of words unsaid due to which misunderstandings abound, but in the end they always find a way to be in each other’s lives. I didn’t look at them as a will they won’t they couple because even when they were apart something kept them connected, and that for me is the beauty of the book, and human relationships.

Their wanting everything to be easy but not being entirely comfortable with the arrangement but acting like they are, is the facade that protects them, and devastates them in equal measure. In short, acting insouciant but caring deeply. It takes too much out of them to appear casual when they would just be happy being who they are.

I thought I would nod off to sleep as is my wont with audiobooks but the abrupt ending had me sitting upright. It’s a short book but it will linger on your mind.

“I dunno” should be Connell’s middle name. To everything that’s his initial reply. Then he says what he feels. That’s a good way of buying time to give a reasonable response, no? Initially I was annoyed but later on understood that he was taking his time to tell the truth instead of giving glib responses.

I felt Connell’s insecurity as a writer. How nauseating he felt when he found mistakes in a published piece, and how he chose anonymity when pushed for publication when he wasn’t ready. His fight with depression and anxiety is dealt with in a manner so real that it’s unnerving. I connected with him more than Marianne. I have never been in her position but I understand what it’s like to seek approval, and do things so that people continue to love you.

Connell seeks help when he spirals into depression after the suicide of a schoolmate but Marianne does nothing about her deteriorating mental health. Connell comes from a loving but low income single parent household (Lorraine is the definition of a cool mom!) whereas Marianne’s family is rich but aloof and couldn’t care less if she was dead or alive. She grows up unloved and that makes for a not so well adjusted adult who makes some questionable life choices.

Connell writes emails to Marianne when they are apart. Don’t let anyone tell you that you have a lot of time on your hands because you take the time to describe things and “paint a picture”. Email writing is writing practice as Rooney says, talking to another person you can’t see or talk and getting your point across is no small feat. It’s like some people are loquacious. They talk a lot not because they have extra time but because it is their inherent nature (to spill their guts out to an unsuspecting public). They are sharers of what might be useless information, but you get my point.

Sally Rooney’s characters take everything seriously. It is a way of life for them. Nowhere in the book do they call each other anything other than their proper names – no endearing nicknames or terms of endearment for Connell and Marianne. Chill and cool are two words which don’t make an appearance in a book about millennials. Just saying.

I am a natural blabbermouth and through the years I have found the written word to be a more potent outlet to drive home my point (than talking at people?). And the blog was born. Here I write about whatever catches my fancy, and I hope it's of some interest to the reader(s) so that I don't make a complete fool of myself (which I effortlessly do IRL) in the virtual world. See you around :) View all posts by eternaloxymoron